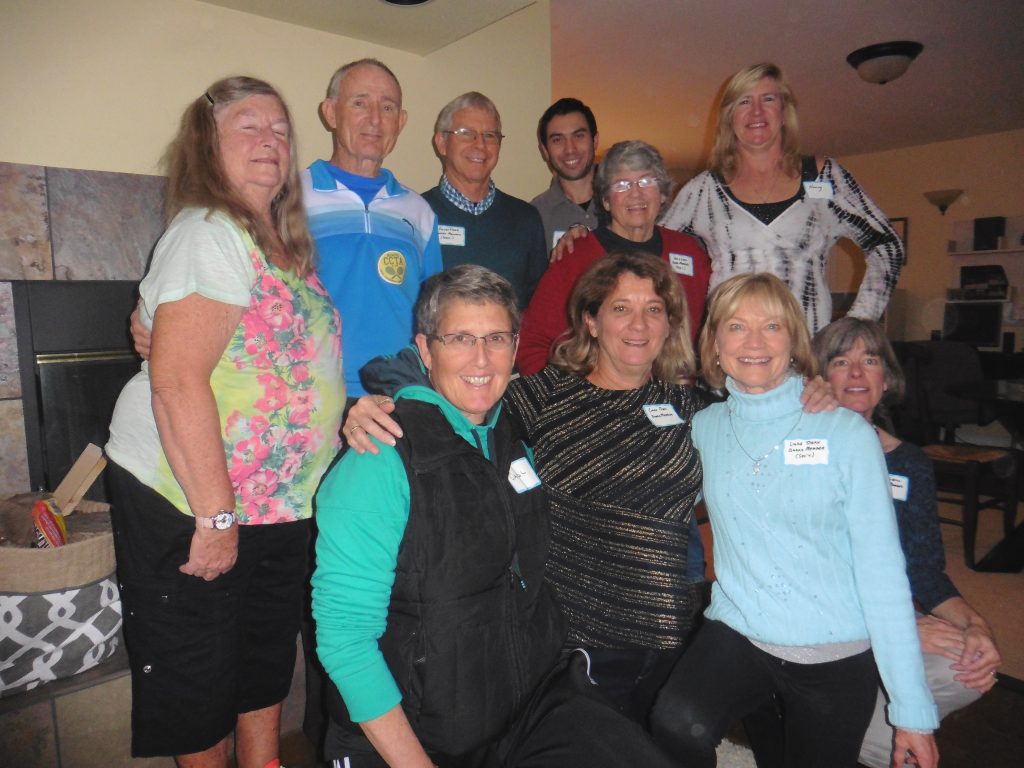 Linda Stark, co-Treasurer – CCTA Board Member since before 2011. Linda is a Nurse and co-owner of American Business. She helped write a grant in 2005 for CCTA to begin the USTA Junior Team Tennis League After School Program. The JTTL was the main program offered by CCTA from 2005-2018. Registration fees collected for the JTTL provided the main financial support for the CCTA that reorganized in 2011-2012. In 2019 USTA changed the JTTL Program to the H.I.T.S. after School Jamboree .  Linda is a Chico Racquet Club Member and is active in league play at that club.

Randy Stark, co-Treasurer – CCTA Board Member since before 2011. Randy is co-owner of American Business, a Chico Bookkeeping and Tax Service. Randy is an active tennis player at the Chico Racquet Club and is the main advisor to updating CCTA California State 501c3 non profit legal paperwork and is the liaison to all things USTA to maintain good standing under the USTA Community Tennis umbrella.

Sonya Ross, Secretary – a former elementary school educator who is actively involved with Tennis on the Playground. Sonya has organized CCTA Family Tennis Nights, coordinated USTA skill training clinics for parents and teachers, and volunteers in the H.I.T.S. program. Tennis is Sonya’s favorite sport and she is a ranked USTA player.

Sally Lord, Board member-  Served as President from 2011-2019. Sally is a 1967 Chico State Physical Education graduate and was inducted into the CSU Athletic Hall of Fame in 1991. While at CSU she played Varsity Volleyball, Badminton and Tennis(1965-1968). She continued to play tennis at the Chico Racquet Club and Resort and in USTA tournaments during the 70’s, 80’s and early 90’s. She taught Physical Education, History and Outdoor Education at C.K. Price Middle School in Orland from 1968-2007 where she added mini court tennis to the CK Price PE curriculum. She also coached 7th and 8th grade girls basketball for 20 or so years at CKPrice. She coached JV basketball at Orland High School for two years, JV volleyball at Orland High School for two years and Varsity Volleyball at Orland High for one year helping the Head Varsity Volleyball Coach, Eileen Mason during her short absence. Sally took CK Price Outdoor Education students on three day backpack trips to mostly the Butte Creek area near Jonesville in Butte County from 1972-1991. Sally was President of the Orland Teachers Association in 1976 after serving in other OTA leadership positions. Since retirement Sally is active in two retired teacher organizations(Division 32 CalRTA) and Chico CTA/Nea Retired group. Sally developed, has coordinated and taught the CCTA sponsored Tennis on the playground since 2014. Sally also competed in the National YOYO Museum Sport Division Yearly Competition at the Chico City Plaza from its inception for 24 years. She missed the last competition on the 25th year and the following year the Sport Division was discontinued. Since Sally’s retirement in 2007 from the Orland Unified School District she has volunteered and worked in the Chico Unified School District After School Enrichment program teaching yoyo and tennis skills.

THANK YOU TO ALL CURRENT AND PAST CCTA BOARD MEMBERS FOR THEIR TIMELESS EFFORTS TO SUPPORT COMMUNITY TENNIS THROUGH THE CCTA!